After Barracuda Networks has filtered network and application attacks, it forwards safe traffic to your application servers. Each application can have one or more servers. Your servers receive users' requests, process them, and return the pages requested by the users. For more information on traffic flow, refer to Understanding Traffic Flow with Barracuda WAF-as-a-Service.

If you have only one server defined, Barracuda WAF-as-a-Service will forward all your application traffic to that one server. Having more than one server has several advantages:

If you define multiple servers, Barracuda WAF -as-a-Service uses Load Balancing to determine which traffic to send to which server.

Load Balancing is a set of algorithms Barracuda WAF-as-a-Service uses to decide which traffic to send to which server. 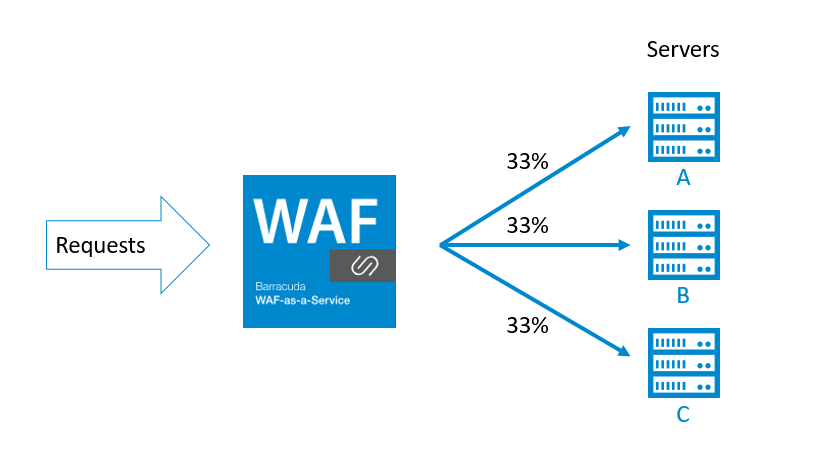 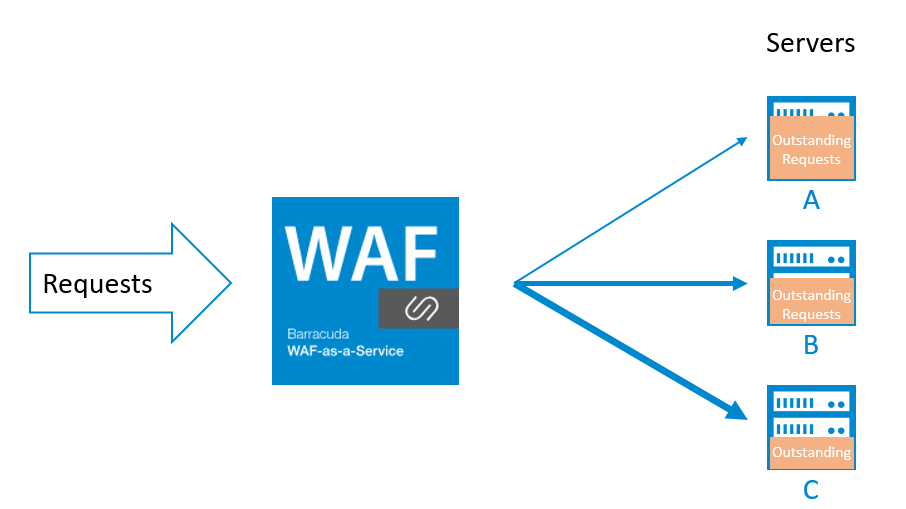 After a user has been sent to a particular server, it is sometimes advantageous to have that user continue to be sent to the same server, regardless of the load balancing algorithm. For example, the server that processed the user’s initial request will likely have the user’s information in its cache, allowing it to process future requests from that user more quickly.

When defining persistence, you must also specify the Fail Over Method. This determines what happens if a user is assigned to a particular server, but that server then goes out of service or is unreachable. The two Fail Over options are:

There are two different modes for each server:

Barracuda WAF-as-a-Service can monitor the health of your servers, and automatically divert traffic away from servers that fail the health check.

While Barracuda WAF-as-a-Service is diverting traffic away from your server due to a failed health check, you will see "Down" under the "Health" column for that server.

If you disable health checks for a specific server, Barracuda WAF-as-a-Service will send traffic to that server even if it is not operating normally.