How to Activate Network Changes

After changing the configuration of the network subsystem, you must activate the new network configuration. There are three types of network activation: 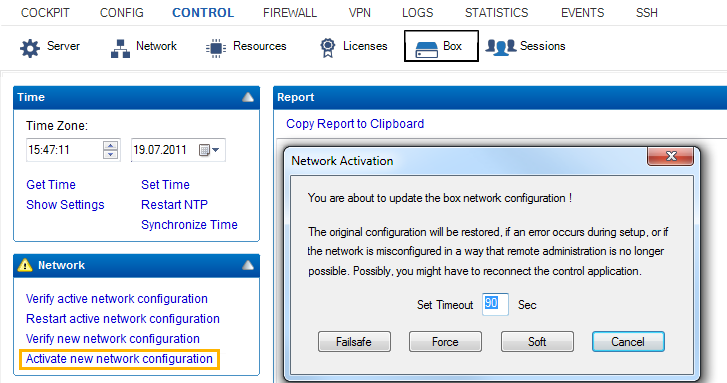 After activation, the network may briefly show an error state until all connections are established.