The upper section of the VPN GTI Editor page displays all VPN groups, VPN services, WAN Optimization, and VPN root certificates that have been configured in the Barracuda NG Control Center. 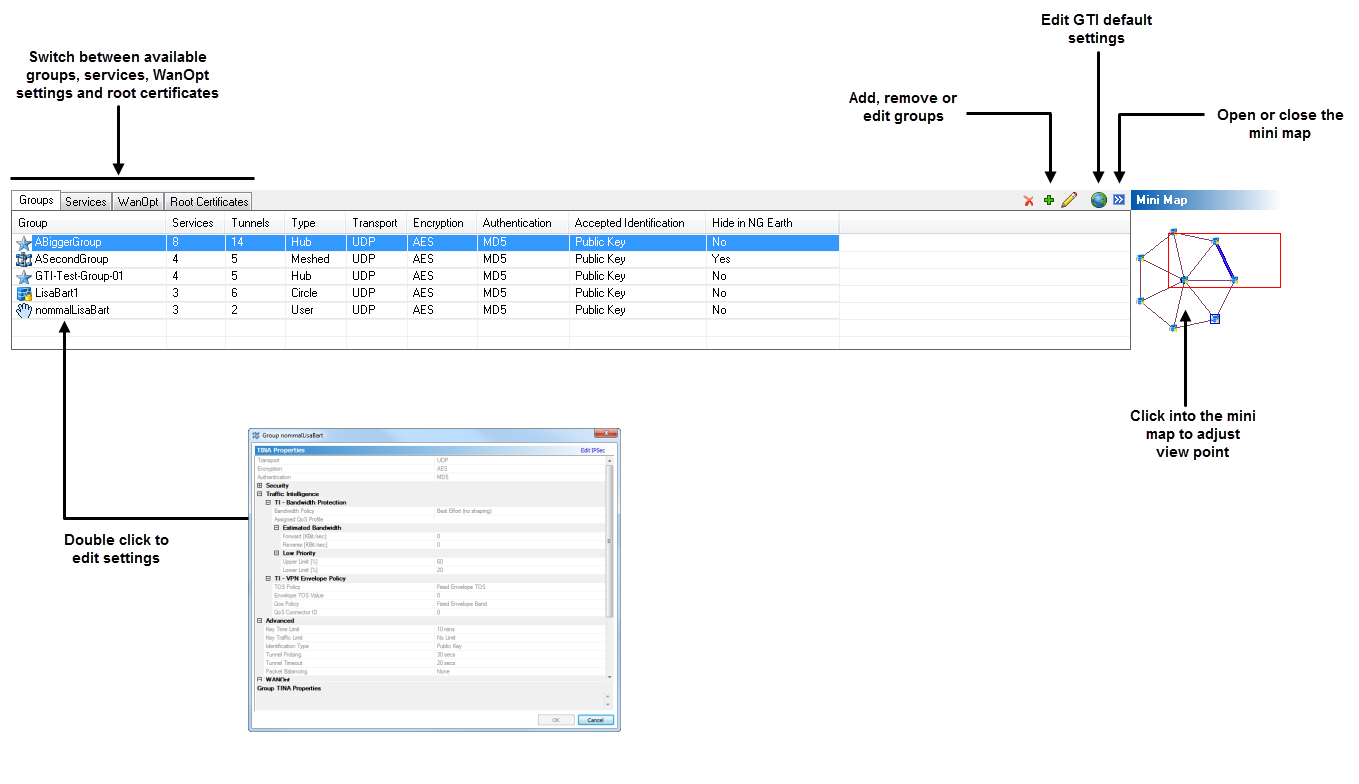 The lower section of the VPN GTI Editor page displays each Barracuda NG Firewall that has been configured in the VPN group. You can create VPN tunnels by dragging a system to its peer. 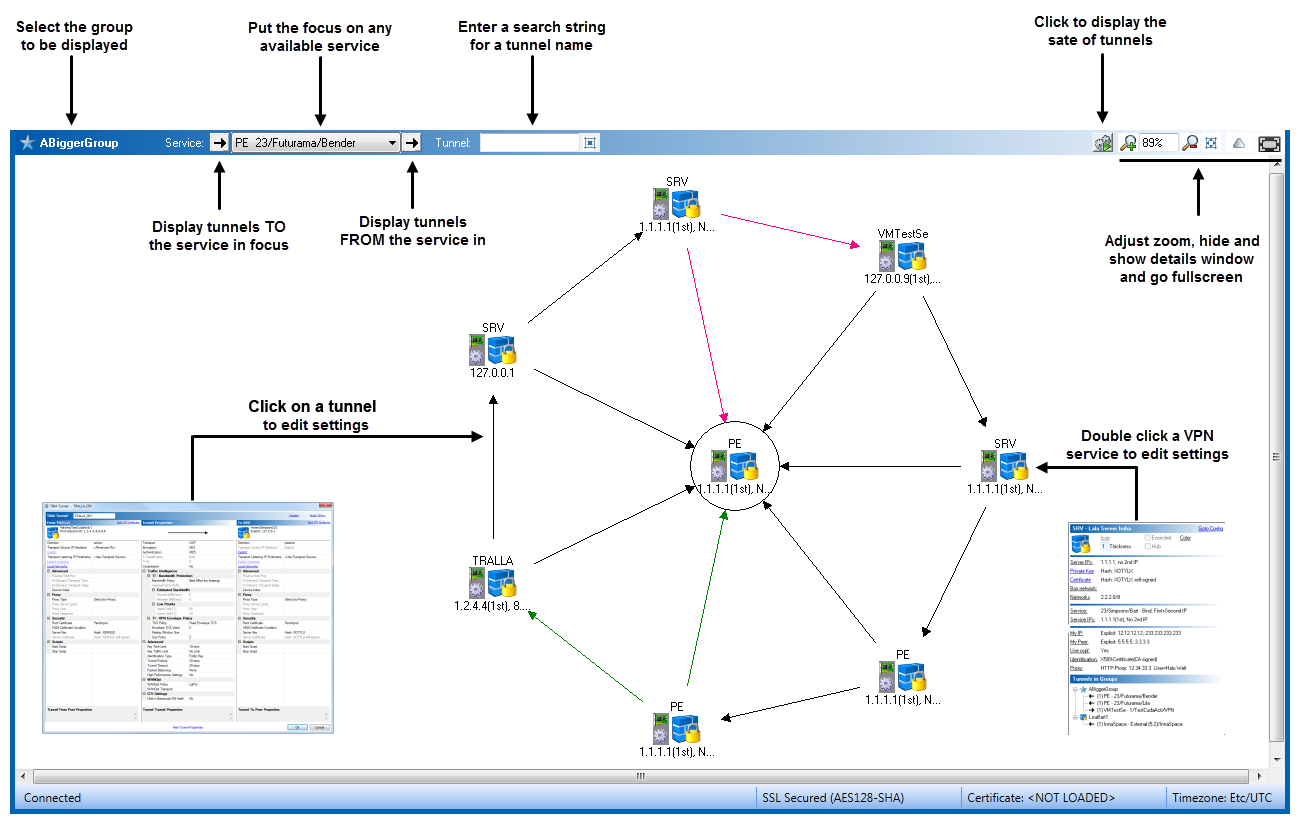