Azure Resource Manager (ARM) is the recommended deployment model for new Azure deployments. Grouping your resources into resource groups makes it easy to create setups that are modular. Azure Service Manager (ASM) is the classic model and should no longer be used for new deployments. There are several different configuration and deployment tools available for both ARM and ASM. Not all configuration tools offer the same functionality. New features are usually first available via PowerShell, Azure templates, and REST API, with the web portal catching up later. 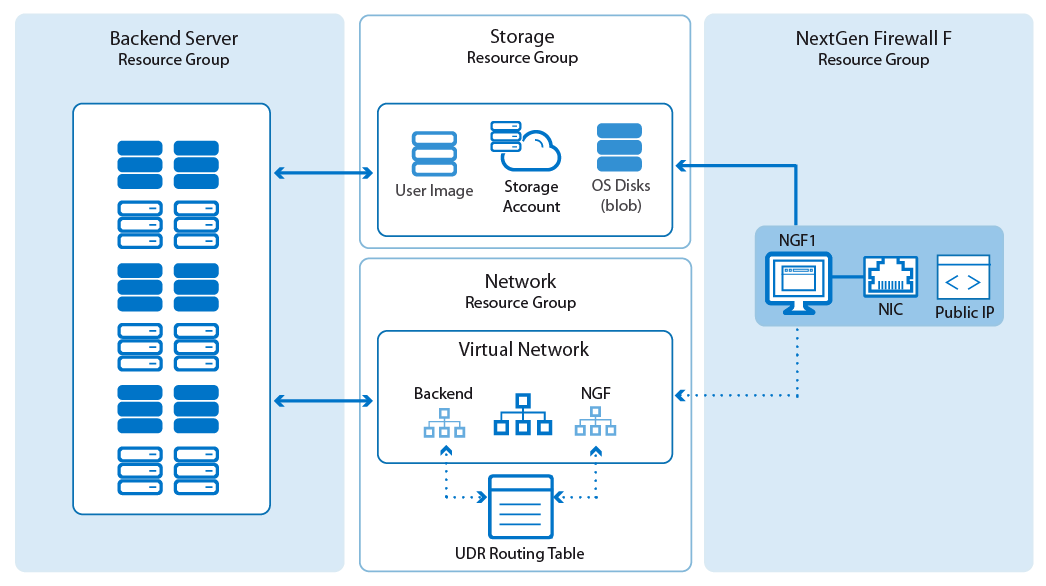 In the Azure Resource Manager deployment model, each resource is placed in a resource group. These logic containers allow you to group your resources to simplify monitoring, access control ,and billing for your applications. Resource groups also make it easier to redeploy individual parts. For example, if you need to update the application servers, you only redeploy the resource group for these VMs, leaving the rest untouched.

Deploy an F-Series Firewall or Control Center via Azure portal

The Azure portal allows you to deploy the Barracuda NextGen Firewall F and NextGen Control Center images from the Azure Marketplace using an easy-to-use web interface. The web portal is not always feature-complete compared to the other deployment options.

For more information, see How to Deploy a F-Series Firewall in Microsoft Azure using Azure Portal and ARM.

Deploy an F-Series Firewall or Control Center via Azure PowerShell

For custom deployments using user images, or other Azure features not available via the web portal, use Azure PowerShell to deploy your firewall VM.

For more information, see How to Deploy an F-Series Firewall in Microsoft Azure using PowerShell and ARM.

Azure solution templates allow you to deploy one of the multiple preconfigured solutions depending on your use case in Azure. The following solutions are available in the Azure Marketplace:

Deploy an F-Series Firewall or Control Center via Azure Templates

Azure templates are JSON files containing resource descriptions and parameter definitions. These parameters can be passed to the template during deployment either on the command line or through a template file. Deploy templates using Azure PowerShell, Azure CLI, Azure Rest API, or Visual Studio.

For more information, see How to Deploy an F-Series Firewall via Azure Templates.

Lab Guide: Getting Started with the Barracuda NextGen Firewall F on Azure

In this lab you will learn how to:

Download the Lab Guide: Working with the F-Series Firewall in Azure.

If you are using the NextGen Control Center either on-premises or in the cloud, modify the Azure template to retrieve the PAR file for the new F-Series Firewall VM directly from the Control Center during deployment. The scripts authenticate either with CC admin credentials or a shared secret.

For more information, see How to Modify Azure Templates to Retrieve the PAR File from a Control Center.

If you need a specific firmware version of the F-Series Firewall or Control Center for Azure that is not available in the Marketplace, or you are deploying in a region without access to the Azure Marketplace, download the VHD disk images from the Barracuda download portal, and then upload them to your Azure storage account. Use the uploaded disk images to deploy via Azure PowerShell or Templates.

If you are deploying to the Azure Germany, the Azure Marketplace is not available, limiting your deployment options. Disk images must be uploaded manually and then deployed via Azure PowerShell or Azure Templates. In addition, to use Azure PowerShell, the environment must be added and appended when logging in. 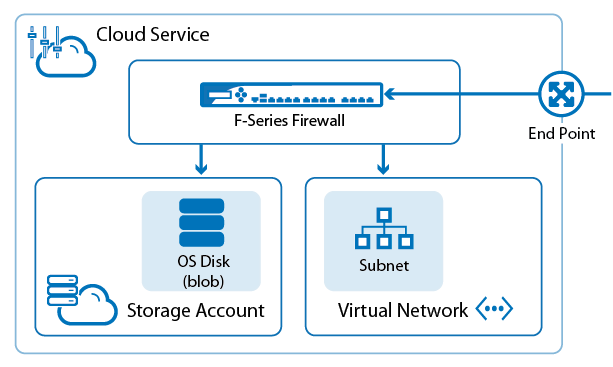 Azure Service Manager is the classic deployment model. ASM organizes your virtual machines into compute containers called cloud services and additionally uses a virtual network containing subnets to segregate your virtual machines according to their purpose. During the transition to the Resource Manager model, classic resources were automatically placed into a resource group. While it is possible to move these resources to other resource groups, Microsoft does not allow you to mix ASM and ARM deployments; instead, it recommends you to redeploy your resources using ARM.