The NextGen Firewall F-Series can secure your AWS resources and connect them to your on-premises network. The firewall VM replaces both the NAT gateway Instances and the AWS VPN gateway with one single product. Using a firewall instead of the built-in security features of the AWS VPC allows for traffic visibility and more granular security policies, as well as central management using a NextGen Control Center. The Control Center can be deployed either in the AWS, Azure public cloud, or on-premises. 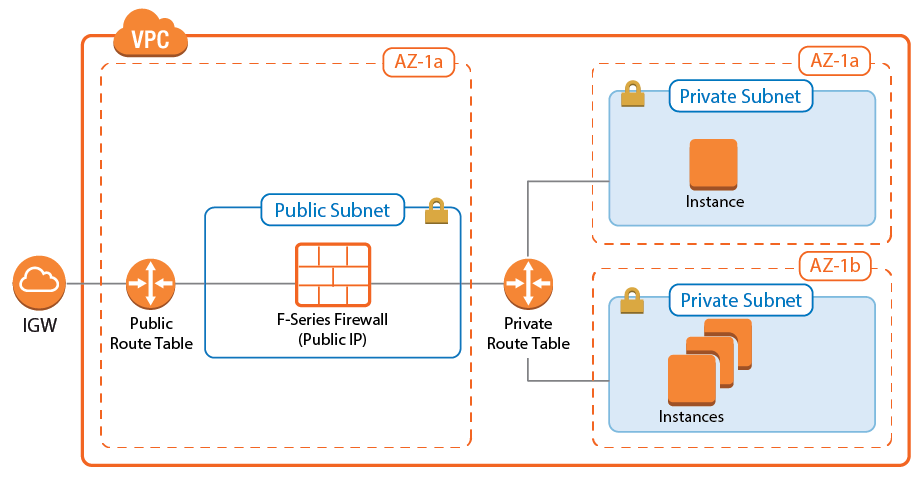 Deploy via the Web Portal

The Barracuda NextGen Firewall F in AWS secures and connects the services running in your AWS virtual private cloud (VPC). The firewall monitors and secures all traffic between subnets to and from the Internet. It also connects your cloud resources either to your on-premises networks with site-to-site VPN, or to your remote users with client-to-site VPN and SSL VPN.

For more information, see How to Deploy an F-Series Firewall in AWS via Web Portal.

CloudFormation templates are JSON files that include the definition of all your cloud resources. By launching the template via CloudFormation, you can automate your AWS deployments and create consistent environments for multiple purposes such as a deployment for production, cold standby, testing developing etc...

For more information, see How to Deploy an F-Series Firewall in AWS via CloudFormation Template.