To keep our customers informed, the known issues list and the release of hotfixes resolving these known issues are now updated regularly.

For more information, see Migrating to 7.0.

You can deploy the Barracuda NextGen Firewall F-Series to Google Cloud  Platform as a gateway or remote connectivity device. The firewall is deployed into a dedicated subnet (public subnet) in the Google Cloud network, and the instances for your cloud-based applications are deployed into backend or private subnets of the network. The firewall has a single dhcp network interface with a private IP address. The public IP address assigned to the firewall is either static or ephemeral (dynamic).

For more information, see Public Cloud and How to Manually Upload and Deploy the F-Series Firewall in the Google Cloud. 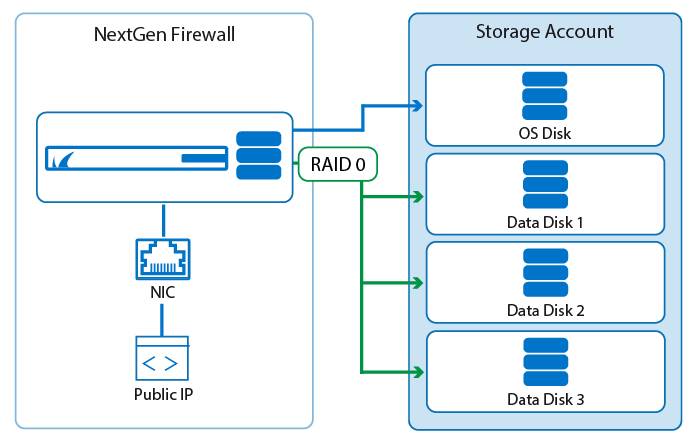 Azure limits the number of IOPS per second based on the VM size and storage account. To distribute the I/O load across multiple disks, the NextGen Firewall now supports data disks. If present during deployment via PowerShell or Azure Templates, a RAID device is automatically created and mounted on /phion0/. Data disks can also be added to existing firewall VMs or firewall VMs that have been deployed through the Azure portal. Both ASM and ARM are supported.

The NextGen Control Center is now available as a BYOL image in the AWS Marketplace.

The Secure Access Concentrator can now also be deployed in AWS and Azure public clouds via the NextGen Firewall F image in the respective marketplaces.

CudaLaunch for Windows and macOS is now available as a portable executable and as a Windows installation package. CudaLaunch now also offers support for SSL VPN network places on all platforms and offers VPN client integration on Windows and macOS.

The following hotfixes have been released for firmware version 7.0.1