For most advanced networking features in the Microsoft Azure Cloud, such as multiple network interfaces or user images, deploy the CloudGen Firewall via PowerShell script. The script used in this article is hosted on the Barracuda Networks GitHub account in the ngf-automation repository.

Using a custom PowerShell script allows for rapid deployment and fast recovery in case of failure. The Firewall Control Center for Microsoft Azure is deployed just like the firewall except that it is limited to one network interface. The maximum number of network interfaces depends on the instance size. To organize the resources in the cloud, it is recommend to use multiple resource groups. This makes it possible to separate storage from networking and the VMs. You can also assign different permissions in Azure to control access to the resources. It is recommended to use at least two resource groups: 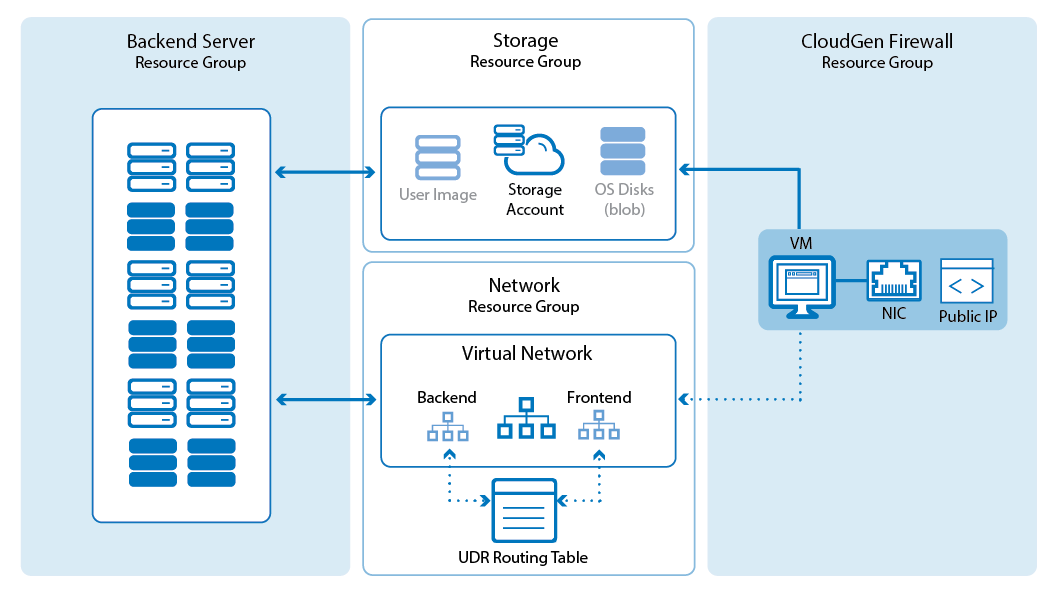 Step 1. Edit the Parameters in the PowerShell Script

The public IP address, username, and password for the deployed CloudGen Firewall is displayed after a successful deployment.