Partitioning is never static. For example, if all available traffic has a low priority, it is assigned the whole bandwidth available on the subinterface. The Weighted Random Early Drop (WRED) queue management algorithm is used for prioritization. 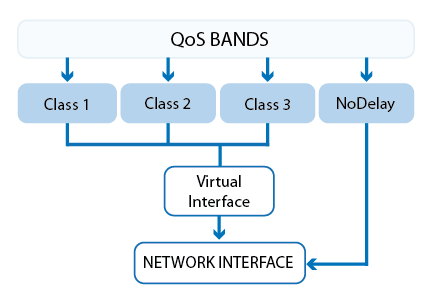 In order to use a shaping connector, you must refer to it in a access rule. In the rule configuration, you can select between forward and reverse:

For each traffic type, shaping may be configured differently. For instructions on how to create a QoS Band and apply traffic shaping to a access rule, see How to Create and Apply QoS Bands.