The 7.2.0 EA1 release will not be displayed in the dashboard element of NextGen Admin and will not be listed in the Control Center as a firmware update.

With SSL Inspection Policies you can centrally enforce and manage certain SSL/TLS standards by blocking outdated/insecure ciphers for outbound and inbound connections. For outbound SSL Inspection, the firewall can also handle SSL validation errors, depending on the SSL error policy assigned to the matching access rule of the SSL/TLS session. SSL Inspection is supported for Pass, Map, and Dst NAT access rules. Not supported are SSL connections that require client certificate authentication.

For more information, see   SSL Inspection in the Firewall .

Streaming of log data and custom metrics from a NextGen Firewall to Microsoft OMS in Azure is now provided.

A new AWS image is now available that includes a built-in PAYG license and reports consumed volume in MB/hour via an API provided by AWS. 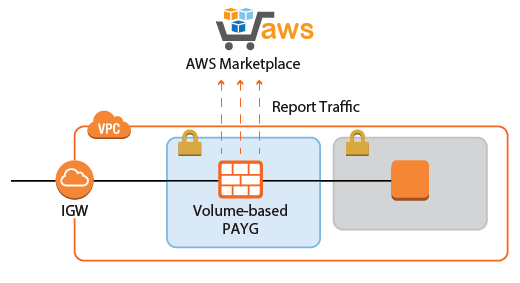 For more information, see   How to Create an IAM Role for an F-Series Firewall in AWS ,   Public Cloud Licensing Types and How to Deploy a Volume-Based (Metered) PAYG CloudGen Firewall image in AWS .

The NextGen Control Center is now available for Google Cloud as a Bring Your Own License image.

NextGen Admin now provides an information element for Google Cloud to be displayed in the dashboard.

Streaming of log data to the Barracuda Reporting Server is now supported via syslog streaming.

It is now possible to create Named Networks for IPv6 networks.

For clients behind the firewall, it is now possible to scan mail traffic to SMTP and from POP3 servers in the Internet using the Virus Scanner and optional SSL Inspection.

For more information, see   How to Configure Virus Scanning in the Firewall for Outbound SMTP and POP3 Traffic .

For more information, see   How to Configure a Client-to-Site VPN Group Policy .

You can now use network objects to reference networks, IPv4 and IPv6 addresses, hostnames, geolocation objects, MAC addresses, or interfaces when you create access rules.

For more information, see How to Configure SSL VPN Native App for RDP .

For more information, see   How to Map Admins From User Groups of External Authentication Schemes .

Current Known Issues Related to the web interface for Cloud