Version 8.0.0 is a Cloud-only release. Support for hardware and virtual firewalls regarding new features and improvements will be covered in the next release. Upgrading from previous versions is not possible.

Services and features eventually reach their natural end of life for various reasons, including replacements by new and improved technologies and changes to the marketplace. Not continuing to maintain legacy features in our software allows us to concentrate on more important parts. The following services are no longer available in all releases 8.0.0 and higher. 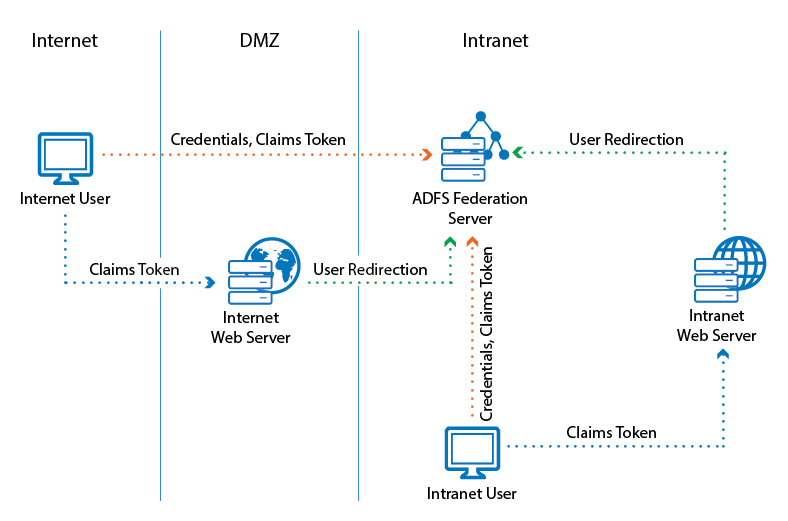 Active Directory Federation Services (AD FS) is a single sign-on (SSO), inline authentication solution offered by Microsoft. It allows applications to authenticate against AD without having to store credentials locally. The Active Directory acts as an identity provider; the application is the "service provider". Using AD FS is useful for users who want to authenticate only once across multiple organizations during a single session where one organization asserts the authenticity of the same user to another organization during the same session. For example, this enables users to get access to the web portal of a second service provider without any credentials after having previously signed on successfully to the web portal of the first service provider.


For more information see How to Configure AD FS Authentication.

With the exception of SD-WAN for IPv6 payloads, IPv6 payloads in VPN tunnels are now supported and work only for TINA site-to-site tunnels.

For Barracuda-only environments, setting up a site-to-site VPN tunnel has been highly improved. The new AutoVPN feature provides robust VPN connections through TINA tunnels that are automatically set up with dynamic routing between local networks. AutoVPN is suited for creating multiple boxes in the cloud and connecting them with a TINA site-to-site VPN tunnel.

Automatic setup of VPN tunnels is initiated via the command-line interface (CLI) and currently supports only connecting cloud instances.


To be able to use the cloud service fabric API in Azure, the firewall VM must now authenticate using Managed Identities. Compared to creating Service Principals, this simplifies the entire process and can be performed completely in the Azure portal. Azure PowerShell is no longer required. The Managed Identities for Azure Resources feature provides Azure services with an automatically managed identity in Azure Active Directory (Azure AD). After enabling this feature in Azure, the Barracuda CGF detects the managed identity and automatically enables cloud integration.


CloudGen Firewalls that are run in the cloud are bound to the infrastructure preconditions set by the respective cloud operator. When a new firewall instance is deployed in the cloud, the firewall automatically creates and fills network objects during provisioning with subnets in the same VNET/VPC. The default ruleset now grants access when backend instances want to access the Internet, and redirects load balancer probes to a local service. The latter access rule is deactivated by default and uses port #6500.