In order to establish a TCP connection, the TCP three-way handshake must be completed. You can use different accept policies to change how incoming and outgoing TCP connections are handled on a per-rule basis. Depending on the purpose of the firewall rule, choose one of the two TCP accept policies: 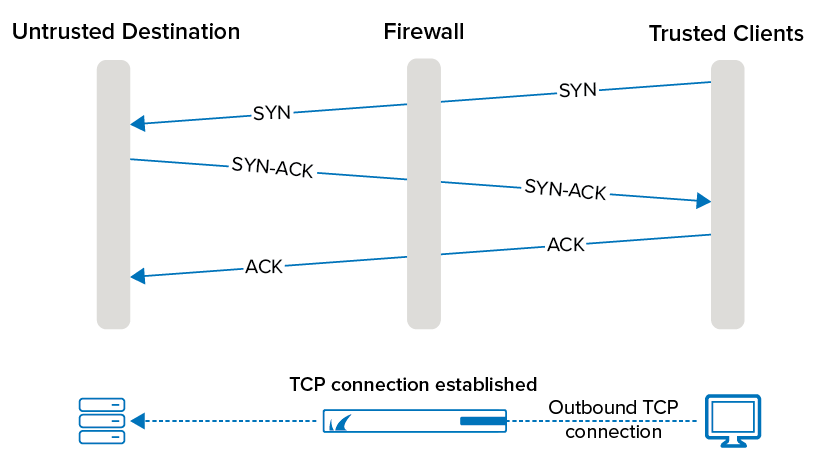 The main characteristic of the outbound policy is that the client only receives an ACK when the requested server is really up. This is important for many applications, such as a browser when it tries to connect to a server with many IP addresses for the same hostname (DNS round robin). The browser tries to connect to the first IP address it receives from the DNS server, and, if it is not successful, it tries the next one and so on. It is therefore fatal if the firewall sends an ACK to the client if the server cannot be reached because then the browser never gets the chance to try the other IP addresses. 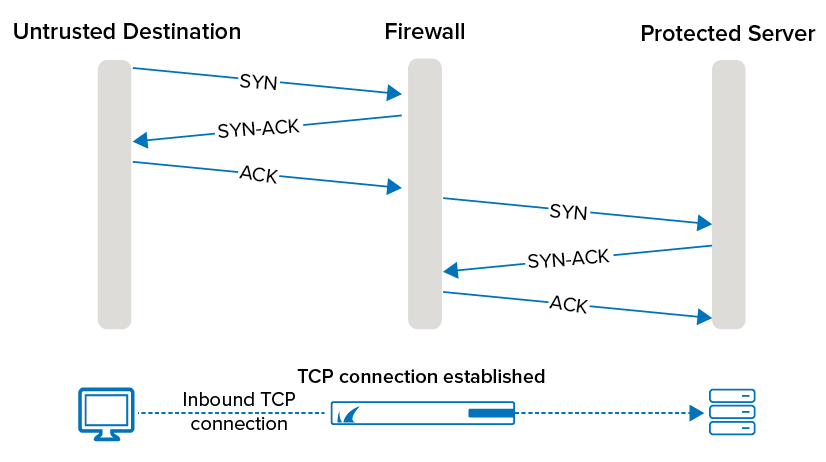 The server does not even notice that a TCP SYN flooding attack has been launched and can continue to use its resources for valid requests, while the firewall deals with the TCP SYN flood attack. The firewall does not have to use a lot of resources because a SYN request matching a rule with inbound policy is neither logged nor appears in real-time status or in the access cache until it is categorized as a valid TCP connection. To further protect the server, you can assign limits to the total amount of sessions and the maximum number of sessions coming from one source. Set the maximum number of sessions lower than the Max Session Slots (Box > Infrastructure Services > General Firewall Configuration). If one of the limits are exceeded, further connection attempts are ignored.