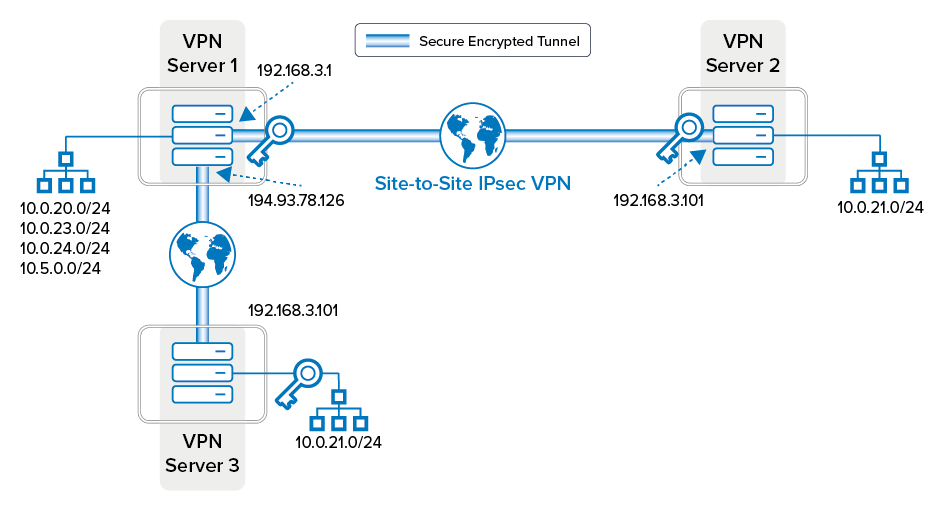 The following table illustrates the relationship between the local and partner networks: