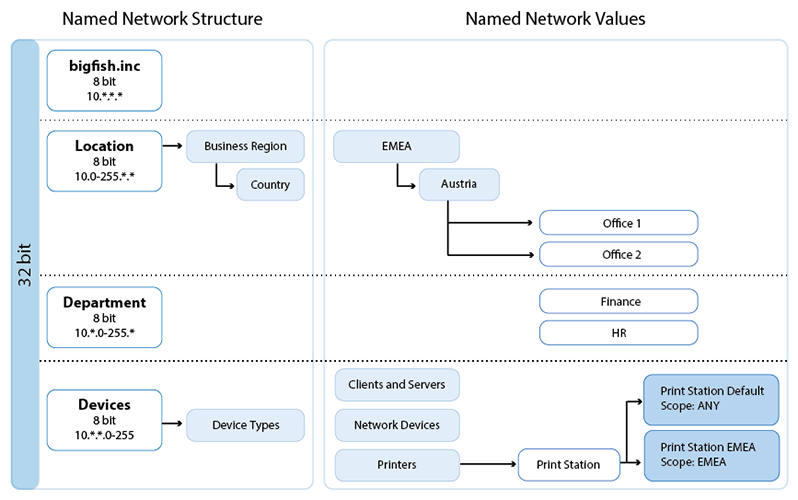 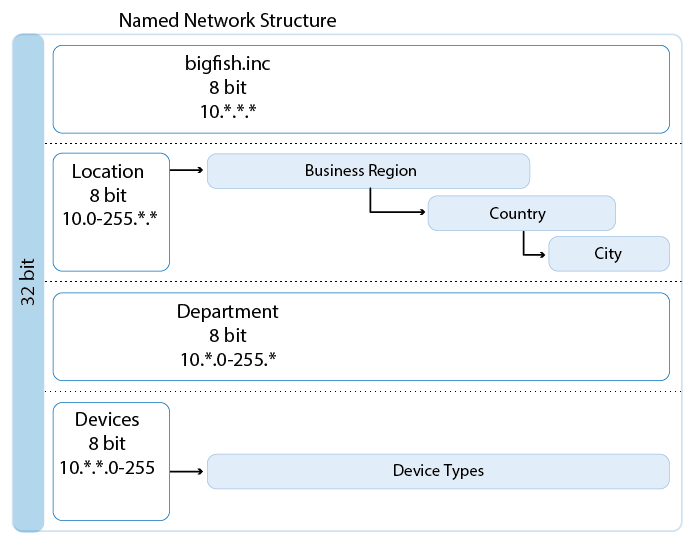 Named Network structures describe your network in a top-down approach, splitting the 32 bits of the IPv4 address or the 128 bits of the IPv6 address into multiple, sequential bit-ranges called network tree nodes. The scope of a tree node is determined by the number of bits assigned to it. The bit-ranges translate the subnet mask information of your network to your firewall. To simplify visualization and to add logical differentiation without having to change the bit-ranges of the tree nodes, group categories can be added to a tree node during setup. Each group category can, in turn, contain further subgroups, allowing for granular and flexible hierarchies to accurately reflect your company's network. Do not confuse group categories with the actual values added later to the Named Network structure. For example, if the tree node designates the location, possible group category names would be "business region", "country", and "city", not the values such as "EMEA", or "Austria". Using group categories is optional. After the Named Networks structure has been created, it can no longer be edited. The sum of the number tree nodes and group categories in a Named Network object may not exceed 32.

Thus far, only the Named Network tree for the network structure has been created. Now, the groups and actual networks are added. Values for the complete group structure need to be added first. Using the location example from above, a group with a sub-group and a sub-sub-group is added. 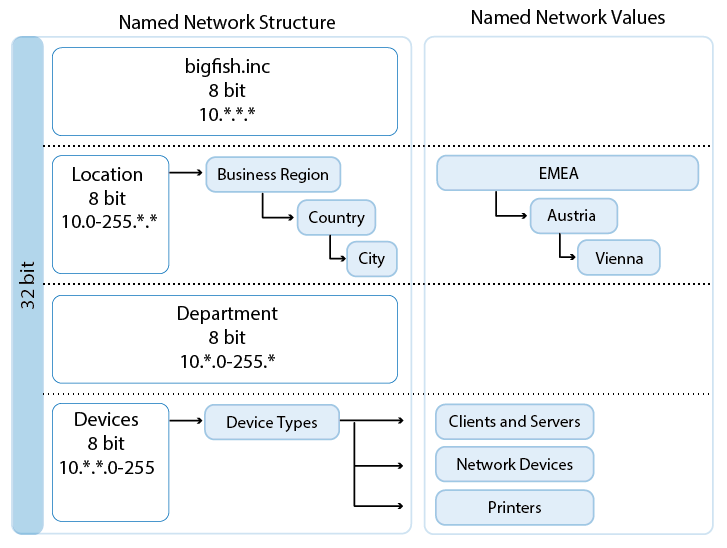