Forward error correction (FEC) is a special technique for detecting and correcting errors during data transmission between two peers. The term "Forward" indicates that erroneous or lost packets can be reconstructed at the receiver's side without the need of retransmitting the missing information by the sender.

Unlike TCP, which has its own error detection and correction mechanism, UDP is a connectionless protocol that does not include additional information for error detection and correction. This is where FEC comes into play by adding redundant information for repairing damaged or even lost packets during UDP transmissions with the benefit of being much faster than TCP with its protocol-based feature of retransmission. 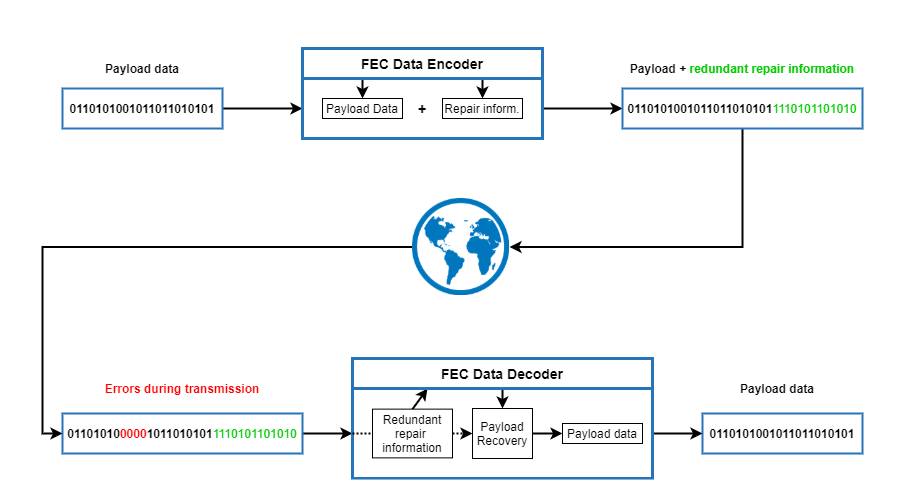 Situations and Scenarios when (not) to Use FEC

For this reason, FEC is available only for TINA/UDP tunnels on the CloudGen Firewall.

Because FEC uses additional packets for repairing damaged or lost traffic, additional bandwidth is required. Certain aspects must be considered when using FEC:

When FEC is activated, the amount of error detection and correction can be configured for one of three levels. Each level stands for a certain number of repair packets sent:

On a CGW, the FEC level cannot be adjusted and is set to Medium.

Each of these three levels is associated with certain marginal values that determine the specific behavior of the respective FEC level:

The following table displays these three parameters depending on the three possible FEC levels: 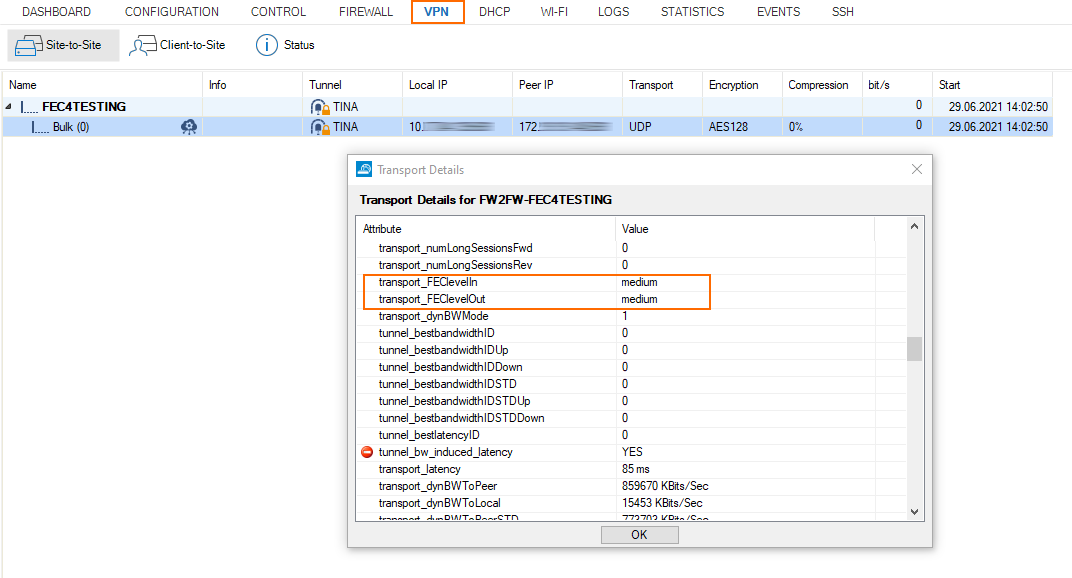 For more information on using FEC, see How to Activate Forward Error Correction.