About Automation in Barracuda Managed Workplace

Click on the video below for an introduction to automating tasks: 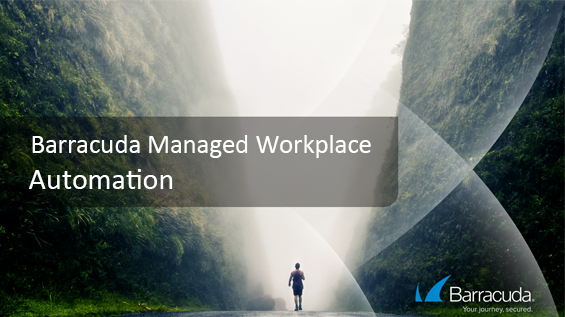 Barracuda Managed Workplace includes a library of scripts and automation packages that you can use to automate remediation and regular maintenance on devices across sites and service groups. A script executes a single action, and a package is a bundle of scripts that are set up to execute a sequence of actions.

You can create automation policies, which are scripts or packages with additional settings, including:

You can also schedule a task directly in the Calendar (Automation > Calendar), while Onsite Manager or Device Manager executes the instructions.

Scheduled tasks function very similarly to tasks created using an automation policy, however scheduled tasks are applied directly to devices or groups that you select, and cannot be added to services for use in a service plan.

You can create a quick task, which is a task in which you pre-fill some or all of the script parameters, so that when you run the task you do not have to fill everything in. For more information on quick tasks, see Adding a Quick Task .

Regardless of how you schedule a task, you can: