This article refers to firmware version 3.6.1.009 and higher running on a configured Barracuda Load Balancer 340 or higher.

For a list of requirements, refer to Microsoft Lync Server 2010 Deployment.

As the servers in a Lync Server enterprise pool communicate with each other using the VIP address of the pool, create a TCP Proxy Service and associate the servers with it to facilitate this communication. The servers and the Barracuda Load Balancer must be deployed using a one-armed topology in either a single or multiple subnet configuration.

Deploying internal Lync pools using a two-armed Route-Path topology, Direct Server Return (DSR) or Bridge Mode does not work and is not supported.

Bridge Mode and Direct Server Return deployments do not work and are not supported.

Figure 1 shows an example of a complete Lync deployment with Barracuda Load Balancers. This example is referenced in the deployment tasks detailed in the sections that follow. 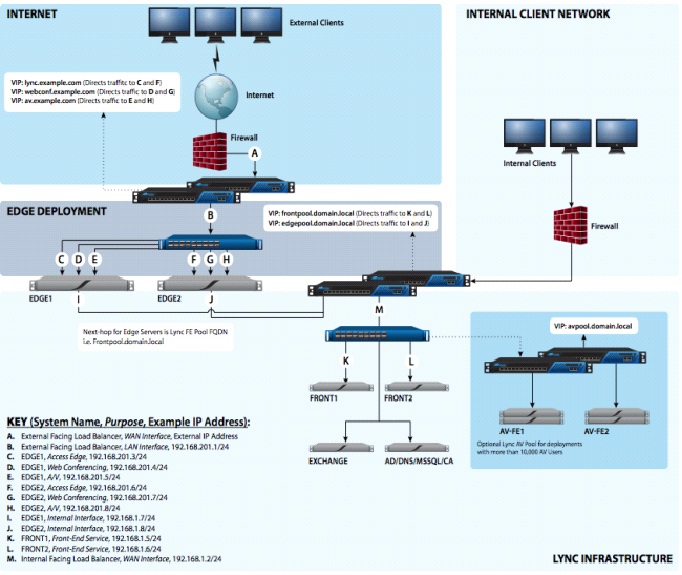 The inbound firewall should not NAT inbound traffic addressed to the Edge deployment. 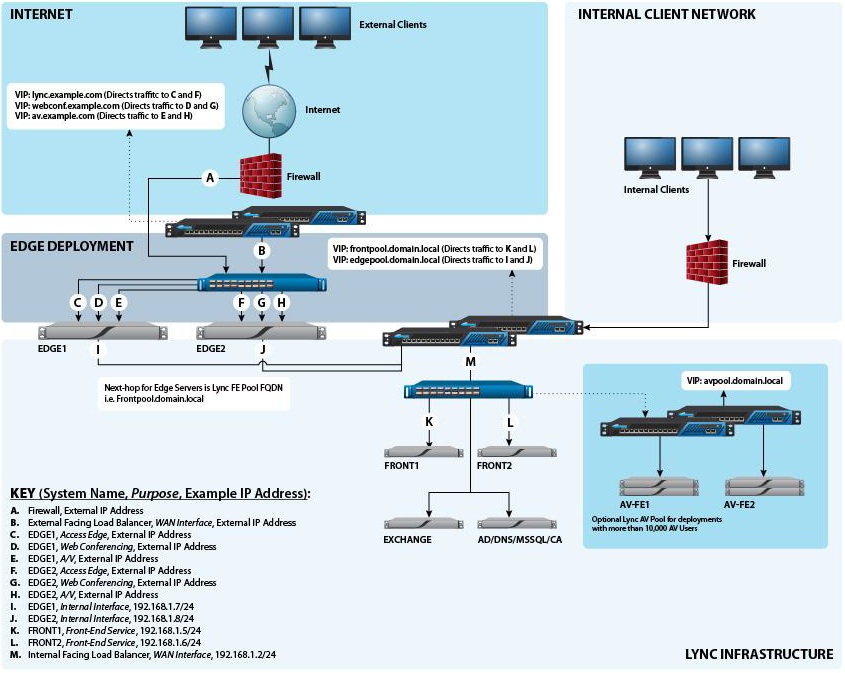 How to Deploy with Microsoft Lync Server 2010